Ghanaian actress, Nadia Buari has analysed on behalf of women, that the task of keeping a man will only yield a positive outcome if he wants to be in a relationship.
She does not think the availability of intimacy or a baby for that matter can motivate him to be committed if he is not thinking in that direction. These were her thoughts in an Instagram post she shared on Saturday, March 2, 2019.
Buari had just gotten off the phone with her friend who appear to be in a dilemma concerning how to sustain her relationship.
According to the post, the buddy is considering getting off pills in order to be able to conceive a child. Hopefully that will help steer the ship in her favour but the actress does not trust in the move. 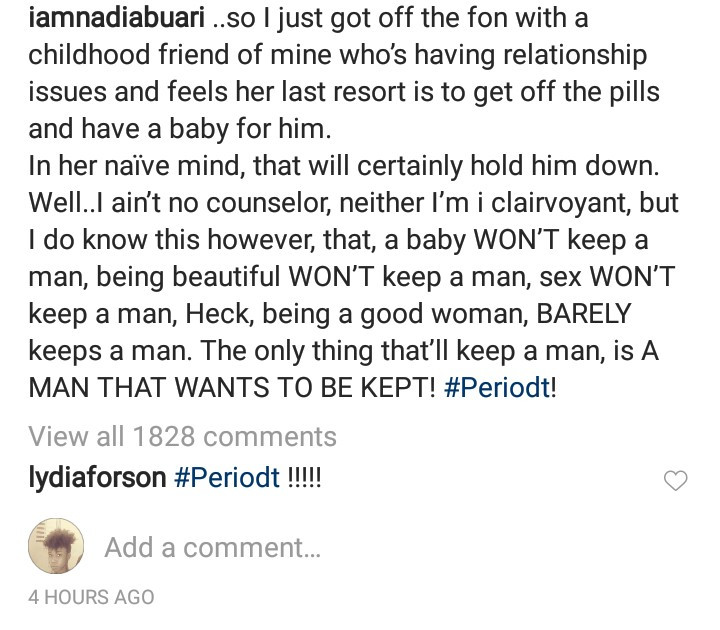