SEE 5 Tricks Nigerian Women Use To Trap Men Into Marriage 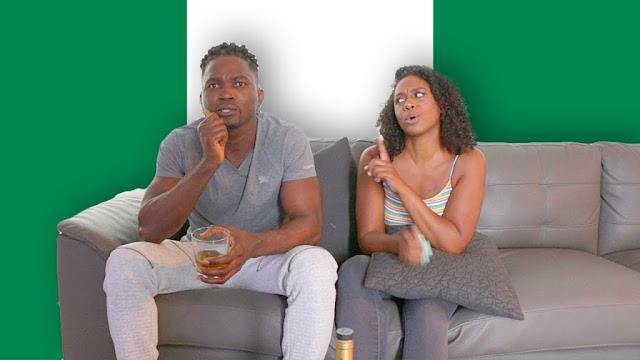 Society says you are incomplete until you’re married. Once you get to certain age, everyone expects you to get married. Your parents are expecting you to get married so you can give them grandchildren.
Your friends are all getting married too, and you are feeling left out. In a desperate bid to get married and fit into society, some ladies will go to whatever extent to trap a man into marriage. The truth is, there are people in this world who want what they want, when they want it and how they want it and who will never accept NO for an answer.


Below are some things ladies do to trap men into marriage. Pregnancy:
Most of women who think their men are not willing to make a serious commitment often use this common trick. This however doesn’t work for everyone but it does for some. Some even fake the pregnancy and at the end of the day, they claim having a miscarriage.
2. The Virgin card: Some men only want to get married to virgins and some girls would deceive such men into believing they are one. Such ladies would refuse refused to have sex until they were married because they wanted to “save themselves” for their husband.
The Obedient and hardworking girlfriend: Some ladies would say yes to a man’s every demand. They would never argue or nag, no matter what. They would be at his house every weekend washing, cleaning and cooking. Just marry them and they would show you their true colors. When you make them wives, that’s when you’ll realize they are not so obedient afterall and are not even hardworking.
4. Becoming a church worker: Some ladies would become very committed in church. They would either join the choir or the ushering unit, where they would be noticed easily. They would attend every church activity and act really ‘holy’, just marry them and all the holiness will disappear.
5 Sucking up to his family: Some ladies will make it a point of duty to warm their way into his family. They would suck up to that family member he is very close to, maybe his mother or sibling. If he is a mommy’s boy, getting along with his mother is as important to them as getting along with him, at least until the wedding.
Source: Naija.ng