Ladies! If He Does These 9 Things, He’s For Sure Having An Emotional Affair 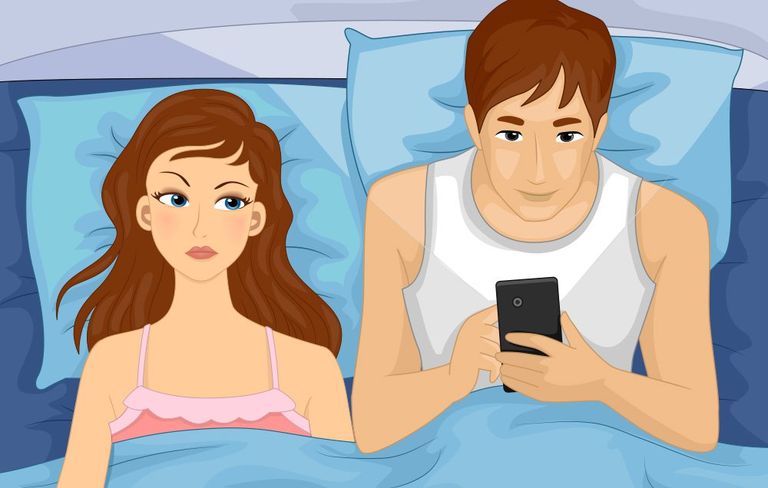 Here are ten signs your man may be having an emotional affair.
1. He has his own ringtone for her.
2. His inside jokes with her are non-stop. Listen, I have inside jokes with people I’ve met once but I feel like I can at least explain them better than “you wouldn’t get it.”
3. He compares you and her. Even if it’s to say that he likes something about you better than he does about her, maybe it’s not great that you share the same mind space.
4. He accidentally said her name and meant you. If it’s sexual, you may as well start looking for a way to split up everything you bought together.
5. He’s suddenly very interested in a new hobby/activity. Adult-ass men don’t spontaneously become interested in new things unless someone they think is really cool is involved.
6. He says he thinks you and her would be friends. And then does his best to avoid making that happen. Any time you guys make plans to hang out either with or adjacent to her, it’s canceled or somehow messed up. He’s not interested in anyone comparing notes.
7. He has negative opinions about her love interests. He wants what’s best for her… and that may be him. Look, maybe there’s some part of his brain that wants to pork her, but he’s doing his best to shut those down. Have some faith.
8. He has known her less than five years yet refers to her as “like a sister.” Suspect, fella. Suspect.