Signs That Prove Your Girlfriend Is a Certified Runs Girl! – Run Away if You Notice #3 and #4 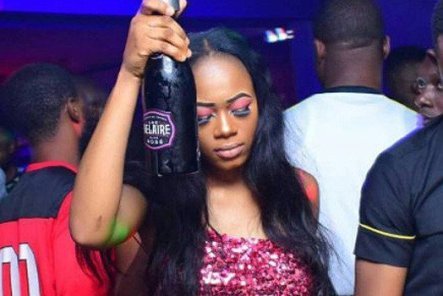 Certified runs girl: The dating circle is filled with different kinds of girls – the good, the bad and the ugly. With every girl trying to put up their best behaviour in the dating phase, it’s hard for a brother to figure out the true character of his woman. Nowadays, girls are becoming more daring and ambitious, going all the way to explore their womanhood in an attempt to acquire everything they can lay their hands on. Simply put – most girls are all out for the money.
They throw decorum to the wind and go out on a manhunt, looking for men that can give them financial satisfaction in exchange for their bodies. It’s only fair that a brother knows what he has gotten himself into.

Here are four signs to tell that you are dating a runs babe.
Gone are the days when women sit back and watch men do all the work to cater to their needs. Nowadays, women go out and work for their own money, and they are doing very well at it. Your girlfriend is part of the “Miss Independent” team, but you can’t place a finger on what exactly she does for a living. You have probably asked her about it and she told you about her fictional job, but the thing is, there isn’t any concrete evidence about her work. She goes out for work but you don’t know her office.

Don’t get me wrong, there’s nothing wrong with being active and expressive on social media, after all, it’s the social media era. But when a woman is in a serious relationship yet constantly exposes her body in a s*xually suggestive manner on social media, it’s most likely that she’s selling her “market.” She’s putting herself out there so that potential “clients” can contact her for her services.

The world is moving at a fast pace and it’s great to keep up with it especially when we are moving around for productive courses. Your girlfriend always has to be somewhere. Today she’s in Abuja and tomorrow she’s in Lagos.
She always has an excuse to give to you for every trip, but you don’t seem to know anyone she’s going to see. And when she returns, she doesn’t show you pictures of the people she had gone to see. If she took any pictures while on her runs trip, she’d delete them before returning home.

We don’t keep the phone numbers of random people on our phones. Every name saved is of use to us in one way or the other.  The manner in which these names are saved say a lot about the people. When she saves numbers with funny names like Lagos Director, Ahlaji Abuja, Doctor VI, Engineer Ikoyi etc, you need to probe further to know who those people are.