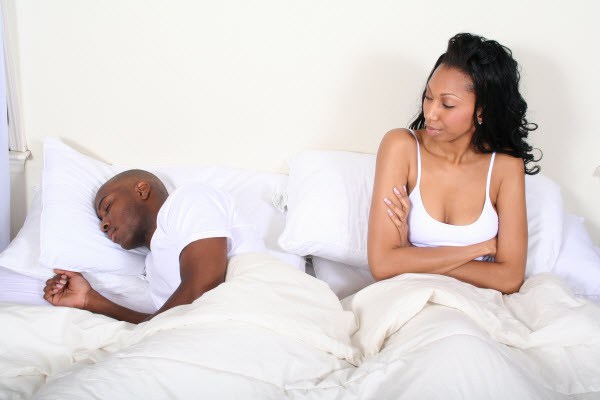 The female 0rgasm is always ever so elusive, but with some little tips every man can get their woman to the promise land.
Below are some things you might be doing wrong that keeps your woman to keep faking her 0rgasm.
Not enough foreplay: “For women, s3x is very much a mental thing and there is no better way to stimulate this part of her than giving her enough foreplay so take your time in kissing as women like a bit of fire, biting, clawing, some assertive force to let her feel the passion which is why head before penetration is never a bad idea; in fact, you should aim to have her so aroused that she will be literally pulling your d!ck into her p*ssy”.
Changing position: “I know the porn stars run through like ten positions in a twenty minute clip and that is because they are performing for viewers that need many forms of stimulation to masturbate; women like rhythm and consistency in bed so find that perfect position and keep up the good stroke in a steady tempo, save the acrobatics, it is not necessary”.
Going too slow: “Yes, there is time for the whole ‘look into her eyes and make sweet love to her’ but no woman has come from a guy f*cking her like she was made out of glass; you need to up that energy and f*ck her like a cave man (try not to draw blood though)”.
Not hitting her fetishes: “It’s different for different women because some want to be choked, some want to be spanked, some want to be called a dirty slut and get their hair pulled back and most want a combination of all these things; so what are you waiting for?as men want a freak in the sheets, women want a gentleman in the streets and a thug in the sheet”.
Not letting her focus: “The mental focus a woman needs to orgasm can only be compared the stillness of; as much as you can make sure the environment is conducive, while some women like the idea of being heard or even watched while they are fucking, most would rather just have the house to themselves so they can yell instructions”.
You aren’t following orders: “The male ego is prone to showing the woman who is boss and sometimes this makes it difficult for us to take instructions, I don’t care how much porn you have watches, book you have read, or women you have bedded; if she says faster, step on it and if she says just like that DO NOT change a thing, I repeat DO NOT change a thing”.