3 Types Of People Who Will NEVER Cheat On You 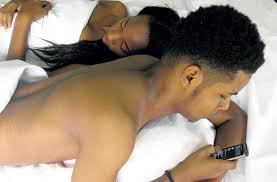 Cheating is a common thing with almost every relationship because it is very difficult to find people who are willing and able to respect their promise of faithfulness in the face of temptation and distraction and this goes both ways for male and female as women cheat as much as men do, don’t be deceived by what women say.
But, in as much as there are a lot of cheaters out there, there are also some people who will never give in to temptations no matter the situation, however, note that this kind of people are very rare to come by but it is not impossible. They are out there, and very real.
Below are 3 types of people who would never cheat on their partner no matter what.
The happy in love: “Research has shown that 70% of the time, people cheat because they’re not happy and need to find it elsewhere; a person who’s happy in a relationship would hardly cheat because they’re at a very good place in their life and wouldn’t want to ruin that”.
The true Christians: “When I say ‘true’ it is because a lot of people go to church, but don’t uphold the teachings of their faith so I am not going to say just any Christian can be faithful to their partner, I will say the true Christian wouldn’t be swayed by anything because like I mentioned before now, every faith has its belief and Christianity advises against cheating; it even advises against fornication, which is having premarital s3x, so that is a major obstacle to cheating and if a true Christian believer likes you, they will do so without going for s3x until marriage, and they wouldn’t even consider getting the satisfaction elsewhere”.
The mature mind: “Maturity comes with a lot of understanding. A mature person in a relationship knows that they made a promise to be faithful and they have to keep it; it is not like they’re not vulnerable to temptation like everybody else, they are but they also know that they have to fight it off, and avoid situations that expose them to such, which includes changing their circle of friends and avoiding certain places; the mature mind is guarded by principles, they may not be religious, but they do mean a lot to them and they always respect them”.