Seven Kinds Of Ladies Around A Broke Guy 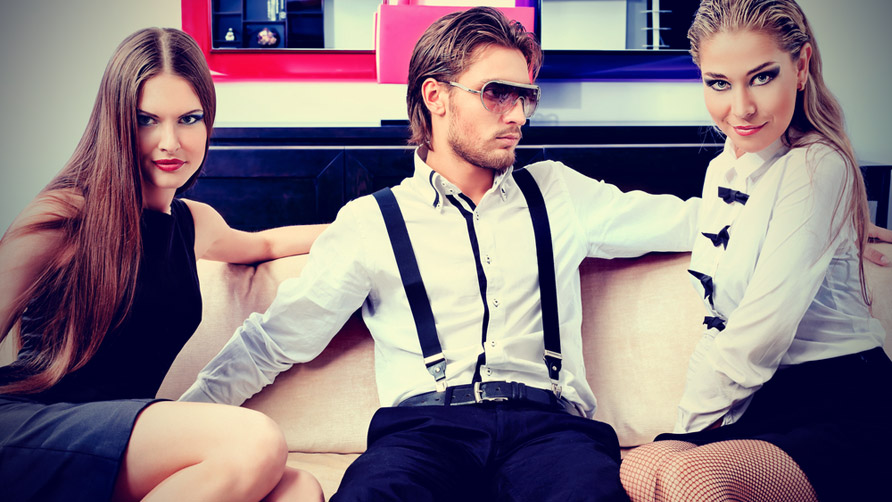 This particular type of ladies are as rare as diamond. In fact some guys believe they're like dinosaurs; they've gone on extinct. This kinda lady is loyal to the core. "Patience" is her middle name.
She can go through with him from being a "broke corper" to the point of getting a good job, without knowing if his parents has got some wealth. This Love, I heard is declared MIA in Nigeria due to the recession. May she be found again.

This is especially if the guy did all to 'impress' her. Eventually, she found out his name was "Stark Broke". Her heart is dashed. She resorts to abusive words, in person and online. I blame the guy though. But the girl in POINT 1 wouldn't do that. She would see the motive behind his action. Maybe he loved her too much and overestimated the cost of reaching her. That's love too, you know.

(Watching His Prosperity Level Through A Microscope)

Go, she won't go. Stay, she won't stay. When she manages to depart for months, she's all busy checking up on his progress.
Her love isn't dependable. She's of no good, at the long run. She will leave you if you face a financial challenge in the future.
She'll call and after some minutes, "Are you still working in that place?" One leg in, One leg out.
The very moment you breakthrough, they'll be all over you. Monitoring Spirits

She's just there for you. She doesn't look at your predicament and sometimes even shares her cash with you. Probably has a serious relationship going for her, but you're damn closer to her than her fiancé. She tells you everything. You sometimes feel like asking her out, but no guts. Too close. It'll be odd. Above all, you're not sure of what will be her reply.


It's a business world bro. My people say; "if a dog is looking at you with tongue out; it's either there's bone with or around you."- If a business-like kinda girl looks faithful and loyal around you, look well. Maybe she's calculated you're the first son to inherit your dad's property or you've got one wealthy uncle. Lol!
She might even buy you things sef. Don't be fooled. Those are baits. You'll pay double


When these ladies were girls, they thought they could be that faithful girlfriend but as they evolved, richer guys revolved, they began to dissolve. They returned to the old ways of their predecessors. It's alarming.
Even though she truly loves you, without money, you've got no chance. That's one reason you've got to make the money.

This set of girls got no chill. They don't leave him. By looking at him, you can tell he barely eats well and you're asking him to borrow you #10,000 that you'll pay back next week. Who told you you'll pay back at all? Must you be lied to? This type wants to suck him dry. Every kobo, they want to take away from him.