Guys: 5 Little Things That Mean A Lot To Your Woman 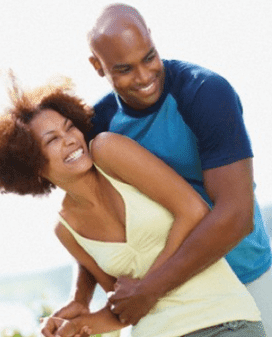 There are some things that might seem little to you as a man but in reality they mean a lot to women and whenever men do these little things to their woman it hurts a lot even if she might not react or even say anything.
Which is why it is very important for every man to understand the little things that aren’t really little to women, because in the long run, it is those little things that make a relationship turn sour.
Here are some of those little things that are not so little in the eyes of a woman:
Never forget her birthday: “Women have an attachment to their birthday that even science cannot explain; it might be just a day, but to her it’s a special day; merely forgetting her birthday can cause a tumult greater than World War II so if you value your relationship with her, never ever forget her birthday, she might never forgive you”.
Cleanliness: “A lot of men are in the habit of messing things up, leaving the house dirty and are even reluctant to clean things up, it might look little to the man and she would definitely clean up, but she surely wouldn’t be happy about it; no woman loves it when her man messes things up even if she doesn’t say a word, she’s surely raging deep within”.
Don’t keep in touch with your ex: “Your ex is always seen as a threat to a woman; keeping in touch with her would definitely make her feel threatened, uncomfortable and suspicious and these three things put together can bring the devil out of a woman”.
Don’t even stare at another woman: “No woman likes this; being with your lady and staring at another is probably the worst thing you could do to her; it might seem so little to you, but to her it’s disrespectful and insulting so you need to have this at the back of your mind when next you stare at another woman”.
Listen to her: “This is also important as every woman loves to be heard, every woman loves to be listened to and she expects this from her man, this might seem so little, but to a woman it’s everything”.