7 Things You Should NEVER Forgive A Man For 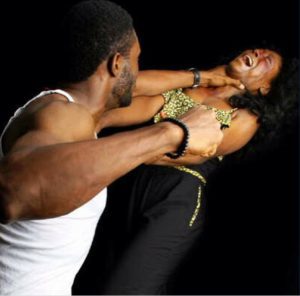 In relationships, things are always more complicated than they seem. As there are feelings involved, we often take attitudes and decisions that result in negative consequences or simply does not happen what we expected. If you’ve heard that some things never change and that men are one of them … it is because this is very true. There are things that already come defective from the factory and they will never be fixed.
Here are some things that men, once they do them, they will continue doing the same for a lifetime and will never change. Do not believe them if they ask you for forgiveness.
Blackmailing: That a man has the habits of manipulating you is bad, if you already fell in the first, let me tell you that you did pretty bad because he will continue doing so for the duration of the relationship.
Infidelity: This is the main thing that many men never change. It is their biggest flaw and perhaps the one that most women forgive. Blackmailing is the first resource they have to apologize, but do not fall, the truth is that if he did it, he will do the same again. The only thing he will do is to start being more careful with the traces left and to the places, he goes. He will have more control over his social networks and he’s not going to drop his phone not even to sleep … These are things that you do not have to forgive.
Betrayals with your supposed best friend: These things should not be overlooked just like that. Betrayal is one of the worst things we can suffer and one that should not be tolerated ever, for any reason forgive either one of them if it is that they did something like that.
Criticism: If your boyfriend (which should be your ex-boyfriend by now) spends the time telling you the things you do wrong, or you look ugly, or simply emphasizing the things you did wrong, and he does it for no apparent reason other than putting you down … the same way he came to your life, have him to leave. Show him the way out, these kind of people are no good in your life.
Screaming: If you already reached that point, you are a step away from things getting very, very bad … yes, I’m talking about physical abuse that should not be tolerated or forgiven, under any circumstance. So to avoid the issue getting ugly, since this happens, send him to fly … why waiting for something bad to happen to you?.
Harassment: Doing things you do not want, or giving you a schedule to come back home. If you can not go out alone, or he follows you everywhere without giving you space or even a break, it is because he has some kind of obsessive and dependency problem … well, you do not want someone around you like that. Do you?
Abuse: If you did not send him flying when you first saw any of these points, this will end very badly. You should never let any man abuse you s3xually, mentally, emotionally or physically nor forgive such man.