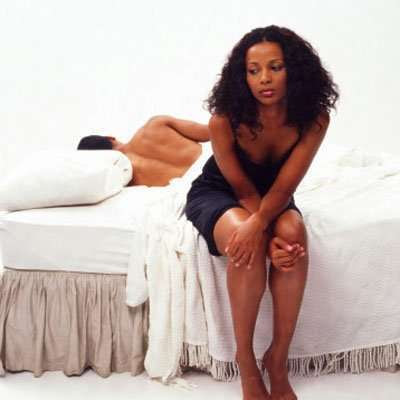 Many men easily get so excited about getting a lady that they unknowingly push her away and they end up wondering what they did that ended the relationship too soon.
Here are 6 ways you can push her away without even knowing it
Calling or texting too much:“Sometimes the easiest way to lose a woman is to want them too badly, some men in a bid to show a lady they love them end up calling her too much; while it’s important to keep in touch by calling or texting her, it could become too much and annoying to her when done excessively so you need to understand that there is such a thing as trying too hard and if she doesn’t return your calls or messages for a while, you need to calm down with the calls or texts”.
You initiate s3x too early: “Just because she just said yes is no reason to bring up s3x the next time you are together with her, bringing up s3x too early might make her think all you are interested in is having her on your bed and that could push her away quickly, she wants to know that time with her matters more to you than having her on your bed so don’t be in a hurry, take your time”.
Arrogance: “While every woman wants a confident man, having too much confidence might push her away quickly as she might see you as being too arrogant, most men try to show off with their classy cars, shiny wristwatches and well-tailored suits but an independent woman with class won’t be impressed by your exhibition; stop trying to sell your self too hard as she could see you as being too arrogant and that would push her away quickly  because a classy woman isn’t interested in how much you have and how much you would give her, all she is interested in is how you would treat her”.
Low confidence: “While too much confidence might push her away, not having any confidence can also push her away too, no woman wants a man with low self-esteem and don’t make yourself look like you are not worthy of having her. When you make yourself look like you are not good enough for her, that would most times push her away quickly”.
Acting hot and cold: “Sometimes some men act hot and cold when courting a lady and it’s a huge turn-off for ladies, they act like they are confused if they really want to be with her or not so if you want to be with her, show it and if you don’t want to be with her, please let her be; stop acting hot today and cold tomorrow”.
“Don’t show her too much interest as that could suffocate her and push her away and also ensure you don’t show too little interest as she could take it to mean you don’t want to spend time with her; moderation is key here so find a middle ground”.