10 Types Of Women That Push Men Away 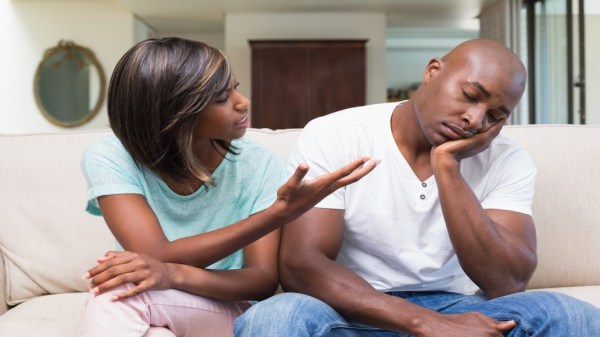 If you want to have a beautiful and lasting relationship, you have to keep in mind that men move away from women who have certain attitudes.
Dependent: Women who never leave men alone and that fight for his abandonment will be very frustrating for a man because she will make him feel guilty when he’s not.
Desperate: It’s those girls who are desperate to have a boyfriend, they would accept any boy regardless of whether they are humiliated or mistreated. Men do not want a woman who does not value herself.
Greedy: Men flee from women like this because her love will not be true, they are only thinking of getting something from the man.
The mother: When your protective instinct is out of touch and is sickly; men do not want a mom, they want a girlfriend.
Angry: They look for a man to hate him, why? because they are embittered and only want to humiliate and criticize them.
Insecure: They are usually very cute and suddenly explode, they harass men because they think that they’re always doing the wrong things.
Seeking for attention.
Shallow: Men do not pick a girl who is just beautiful, or he may not have a good conversation ever. The relationship will become boring quickly.
Unfaithful: There are two types of unfaithful women, the one who admits it and from the first date confesses all her adventures, or the “discreet” who never accepts to have been unfaithful. Men will Get away from both!
Controlling: In a good way and very subtly they will tell the man all the time what to do and how to do it.