10 Reasons Why Men Lie To Women 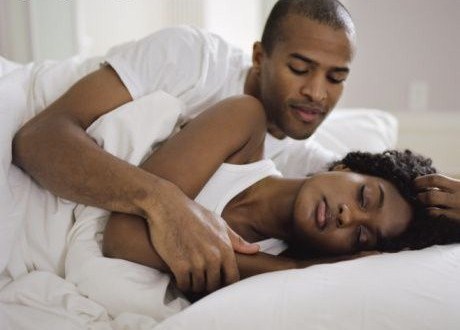 Men have been characterized as more liars than women; In fact, they have admitted that they lie on average four times a day; But why lie?
This is the list that research made with the reasons why men lie to women.
Not to hurt their feelings: Men prefer to tell a lie, to hurt the feelings of a woman. It is preferable to say that he did not come to the date because he had a lot of work, to confess that he was very tired and preferred to go home to sleep.
To impress: Certain men often exaggerate their qualities, such as economic position, friendships, tastes, etc., with the aim of attracting the attention of the women they desire. This usually occurs during the period of conquest.
Avoid problems: Although they say reconciliations are very good, in many cases they prefer to lie to avoid problems. These types of lies are usually applied by married men since when they know the things that dislike their wife, they prefer to say a “white” lie to start an eternal discussion.
Insecurity: Some men do not have good self-esteem, that’s why they resort to lying, not just to their partner, but to friends and even family. In the exclusive case of their partner, they create a more interesting life, because they believe that theirs does not have much movement, they make themselves the interesting ones and they try to show that they have the control.
Raise their ego: In reality, the ego of men is very fragile, and when they have in front of them an intelligent and “self-sufficient” woman, they feel the need to lie to protect themselves. Women do not have to learn about their fears, limitations, their lack of skills and much less about other weaknesses.
Evade responsibilities: This point covers several types of commitments, from not wanting to go to a family event or with friends, at work or even do not want to formalize a relationship. These points often annoy men and with their great experience in pretending, they manage to get away with it and avoid responsibility.
Infidelity: This is one of the most common reasons why men lie to women. Statistics show that 60 percent of men are unfaithful, against 40 percent of women. The simple fact of being unfaithful is a lie, but to hide this, you have to continue lying, which leads to a chain of endless lies.
Fear: It is said that men are more afraid of falling in love than women, and that is that by engaging in a relationship, they feel that they lose control and are vulnerable to their desires.
For s3x: When all he wants from a woman is a night of passion, it does not matter how, but to achieve his goal. Usually, in these cases, they do not like to waste time, and that’s why they resort to lies and when they have succeeded they continue to deceive.
Manipulate: Lies are also used as tools of control by men because when they realize that their partner is vulnerable, they begin to lie to have certain benefits.