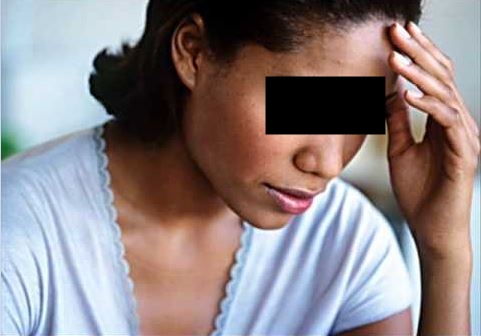 *Photo used for illustrative purpose*
I am having amazing s*x with a guy I have known since we were teenagers – even though he is married and has a baby. I know it’s wrong and I have a boyfriend too. But I can’t resist the s*x and the fantastic feelings he gives me.
I’m 27 and my boyfriend is 29. We have been together for four years. Things were good between us at first but I no longer respect him. He is so selfish and lazy. I am sick of going round in circles. My lover is 28. He was one of my big brother’s friends. He has been married for three years and has a baby daughter.
I bumped into him on a night out and we chatted for the rest of the evening. I was having a moan about my partner and ended up telling him how rubbish things were between us, including our s*x life.
When he suggested we have some fun together, I was completely taken aback. I knew it was wrong but I thought: “What the hell?” He gave me this amazing tingly feeling in the pit of my stomach. We had s*x at his mum’s place — she was away and he had the key to feed her cat.
It was so good. He made me feel alive and awoke sexual feelings I had long forgotten about.
We had s*x a second time and since then, I can’t stop thinking about him. It is difficult for us to meet up because of our partners but I don’t want to stop. It’s really hard keeping secrets and part of me wants to give him up. But the s*x is so good that the other part of me wants to carry on.
I know it is wrong and all hell will break loose if we are found out. I will be called a marriage wrecker and I won’t be able to handle that.
But I can’t resist the s*x and the feelings he gives me.