Guys See Ways To Date Two Ladies Without Getting C@ught 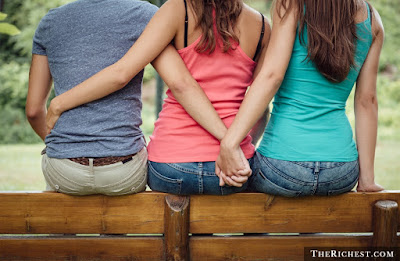 1. Smartness
For men who want to explore and have more than a girl in their lives at a time, you have to be extremely smart and intelligent to pull off an infallible scheme as that. It would be necessary to draw a workable plan that would not clash with obtaining other life goals and objectives. The plan should be measured against chances of failure and success in order to draw a plan B.
2. Identify The Categories of Women
Every man should know that ladies cannot be placed in one group. It would be wise to place every potential girlfriend into the appropriate classes which are Alpha Woman and Subordinate Women. Alpha women are the independent career oriented women who place relationships as the least prioritized event of their lives. On the contrary, Subordinate women are the ideal home keepers. They are all about attending to the needs of a man and starting a family of their own. Note that none of these women should be a neighbor or co-worker.
3. Combining The Categories
To date two women at a time, they would have to belong to different classes. It would create chaos if two Sub women are being dated at once. It would wear you out keeping up with women who crave attention. However, two Alpha women could be seen at a time. They are always too busy to keep a tab on you. The best combination nevertheless is one Alpha and one Sub. The Alpha wouldn’t suspect you’re cheating and the Sub get to feel like she’s the only one.
4. No Direct Link
There must be no direct link between the two women. Try as much as possible to run an underground check on them. There should be no chances of them being school mates, neighbors or sharing of a mutual friend.  It wouldn’t be funny citing them at a distance sharing a drink on the same table. They should have different qualities and if possible shouldn’t share common interests.

5. Set A Priority
It wouldn’t work trying to treat these women equally. They have different needs; and your priorities should be set according to this. The Sub woman automatically becomes the major stake holder; she outs all of her heart into the relationship while the Alpha becomes the minor stake holder.
6. Screen Who Gets Freedom
Avoid making the women be on the same page; the Sub has more time for you so it’s natural to return the favor. Don’t give Alpha the same privilege as the Sub; giving her a spare key would give her the chance to sneak in on you. Alpha could be forsaken if things get awry. They are easy to replace and wouldn’t cause much drama.
7. Moving Too Fast Trick
At some point, the mental exertion gotten from handling these ladies could wear a man out. When Sub wants more than you could handle or give, telling her the pace at which she’s moving is too fast would naturally make her soft-pedal as she knows the implication of saying that. This old trick could be used for either of them.
8. Avoid Same Day Dates
Not only is it not wise for you to fix a date with both women on the same date; it would be lethal if one arrives too late or too early. Ladies pick smells and have eyes for little details. Don’t take Alpha to Sub’s favorite bar and Sub to Alpha’s.
9. Codes And Alibis
For each of the women, there should be an alibi; someone who would cover up your tracks and double check your stories. Also employ the use of codes when with friends to prevent them from screwing things up by slipping and passing lewd remarks.
10. Stick To A Story
Even with the help of the above, things could go wrong one day. When this happens, be prepared. Stick to a story so as to avoid mixing up details of events with the ladies. Body languages should be checked as they tend to give one out.