“How I was Dumped By My Ex for Being a V!rgin” – Pretty Lady Narrates Bitter Dating Experience 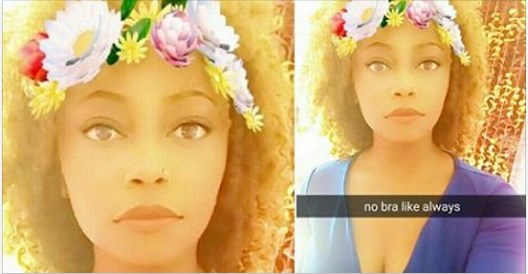 A pretty lady identified simply as Emo girl – @canyewext – has narrated her sad s*xual experience with her lover who broke up with her after discovering that she was a virgin.
Below is how she narrated her story on Twitter;

Got a text from an ex after 4 years.. you men are confusing, lol how my relationship with him ended was the most confused moment of my life.
This guy chased me for months. I was really into him but my hard girl reputation couldn’t be tempered with back then I finally fell and we started dating.
I used to have this really wild, bad girl appearance then but deep down inside.. it was the opposite.


We were dating.. kissing and stuff never really had time or opportunity for the se.x because my parents didn’t give me space to shine. Till the day i decided to sleep over at his place and get diqed, whether my parents kill me or not the next day, man must die one day.
I was excited about that night..I really liked that guy, i didn’t even think about the trouble i’ll be in i just wanted to die by that penis. He was excited too and we started making out and touching each other’s prr….. You know what i mean.
It was now time to put his distin inside and he tried to put it in and i made noises like i was in pain and he quickly stopped and got up. He got up looking at me shocked and betrayed like i just executed his family. then he asked “are you a virgin” I said “yes”.
Man, the dissapointment on his face. He had that look your dad would have if he just found out you secretly sold the family house. He helped me look for my pant and other belongings and asked me to go home. I was confused Af.
He switched his number off that night, And the next day i went to see him.. His sister told me he travelled that morning. I then got a break up text 2 days later. you guys. I WAS DUMPED FOR BEING A VIRGIN. I don’t understand this life at all.
Most painful thing is i never said i didn’t want the se.x. people are born virgins. why was he dissapointed i was one. Did he think i would not catch up fast. I swear to God i’m a great learner. Look at my skills now.
I didn’t kick against getting my hymen torn apart by him.. Shouldn’t he be glad he was about to be the first? i was really really confused.
And after four years he is now texting me ‘what’s going on with you, it’s been ages’ Bruh, YOU ARE MAD.