GUYS ONLY....Delayed Ejac@lation - Everything You Need to Know About the Surprisingly Common Problem 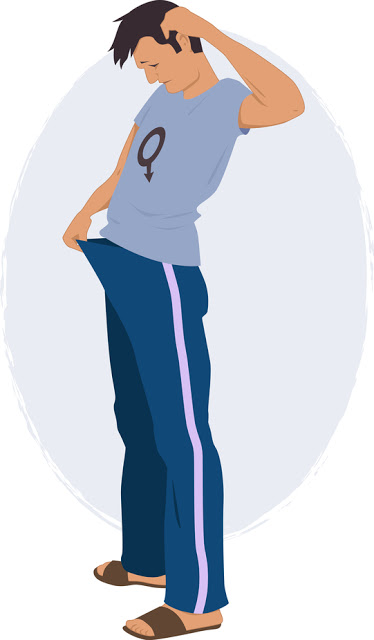 A medical expert warns lads not to ignore this shockingly common p*nis condition.
While you may be familiar with erectile dysfunction (ED) and premature ejaculation (PE), there’s another sexual issue that most men keep quiet about.

Delayed ejaculation (DE) is the third most common sexual disorder for men, but it’s rarely spoken about.

According to a survey by the British Association of Sexual Health and HIV, the condition affects between 5% and 11% of lads in the UK.

The sexual performance issue, which is sometimes referred to as retarded ejaculation (RE) or impaired ejaculation, can be either temporary or a lifelong problem.

Men who suffer from DE will have difficulty in climaxing during sex and usually need more than 30 minutes of sexual stimulation in order to orgasm, while some lads won’t be able to ejaculate at all.

The medical expert, who founded the London Doctors Clinic, revealed that delayed ejaculation typically stems from a few main causes.

He said: “Common causes of delayed ejaculation can be both psychological and physical.


“They include anxiety (which is the most common psychological cause), vascular diseases such as diabetes and neurological conditions like neuropathy.


“Delayed ejaculation can also be a side effect of some medication. Therefore, the type of treatment depends on the underlying cause.”

While there’s currently no medication to treat DE, s*x therapy and meditation have proven to be effective in some cases.

If you’re concerned about DE, or any other medical issue, you should talk to your GP who can properly diagnose the condition.

It’s typically more common for men to suffer from premature ejaculation which affects roughly 30% of lads at some point in their lives, with 10% frequently suffering from it.

Typically a guy with PE will blow his load less than two minutes into sex, while the average guy can last for just over seven minutes.