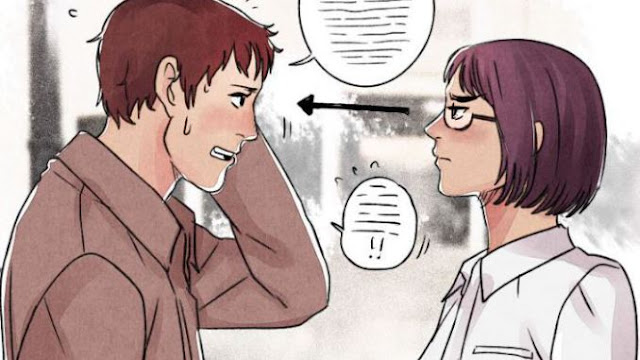 Do you agree? This question goes to the Men.
It’s simple really. Honesty is important because people are always comforted in the truth. No one ever likes being kept in the dark cells of delusion and misinformation. People have always had a natural sense of curiosity in the pursuit of truth. That is why honesty is always held to such high esteems.
When you are being dishonest with someone, then you are essentially denying that person the privilege of the truth. That is why all successful relationships are always built on bedrocks of honesty. The people in these successful relationships will never feel it necessary to conceal anything about themselves to their partner because they know that true love endures despite the harsh truths. They understand that lies are what cause damages and wounds to relationships, and that their partners should never have to suffer through the veils of delusion.
Another important thing that people have to remember about honesty is that it is also a symbol of trust. Whenever you trust someone enough, that means you are completely at ease with being honest with them. You allow yourself to be an open book to that person; a book to be read, studied, criticized, ridiculed, exalted, and shared. However, when you choose to be dishonest with someone, that just means that you don’t trust that person enough with the truth. That is why relationships that are built on dishonesty often mean that the people involved don’t trust each other at all. Relationships have to be forged by trust, and it can be difficult to find success in life when you refuse to trust the people around you.
Lastly, honesty is a reflection of one’s respect for another person. Lying and being dishonest to someone by concealing truths and realities is a huge form of disrespect. When you truly respect someone, you don’t ever feel like they are worth lies or concealment of truth. Being completely honest with someone means that you respect them enough to know that they are worthy of the truth and that no one has the right to ever withhold information from them.
So when it comes to relationships, it’s clear that there should be no room for lies, and yet, the dishonesty persists. In this case, this article will be solely focusing on the most common lies uttered by women in the relationships. Why do they feel like they have to tell these lies?
A. Their Relationship Status
Of course a woman will start telling you that she’s single whenever she’s interested in you. What’s the point in admitting she’s in a relationship with someone else if she’s already giving in to her carnal desires of being with you? She knows that she is just going to end up scaring you off by telling you she has a husband or a boyfriend. That is why she will just resort to telling you that she’s single and available to your courtship.

B. Their Flirtation With Other Men
No man ever wants to have to chase after a woman who is flirting with other men as well. It’s degrading, tiring, and frankly, it can get quite pathetic. That’s why some women choose to conceal their flirtatious adventures from the men they’re interested in. It’s their way of keeping these men on the leash.
C. Their Age
Why do women feel like they have to lie about their age, you ask? It’s simple. They know that men are most usually attracted to younger women. It’s as simple as that. Even women who know that they are already younger than the men they are interested in will still cut a couple of years off from their real age in an effort to appear younger than they really are.
D. Their Sexual Experience
A lot of women will tell men that they are still virgins just so they can seduce them. Women know that men are always looking to establish themselves as the alpha male by marking their territory. There is always added appeal when chasing a women who hasn’t given her flower to any other man.
E. Their Pool of Suitors
A lot of women will not want to make their men feel threatened at all. They will try their best to make themselves seem available to their men, and as a result, they will lie about a number of impending suitors. Out of the fear that a man will get discouraged in his pursuit of her knowing that he has to compete with other men, a woman will then lie and tell him that he’s the only one who is currently interested.
F. Their Sexual Partners
The biggest secrets that women keep from men are the partners that they’ve had sexual encounters with in the past. Some women might lie by saying they’ve slept with male celebrities even though they haven’t, and some women will lie by denying that they’ve slept with a certain guy even though they have.
G. Their Sexual History
Even though a woman hasn’t been sexually deprived lately, there’s no stopping her from lying about it. Whether it be out of a sense of pity or desperation, a man has a tendency to sleep with a woman if he knows that she hasn’t been getting some action for a while.