Revealed: This is the Number of Calories Men Burn While Having S*x 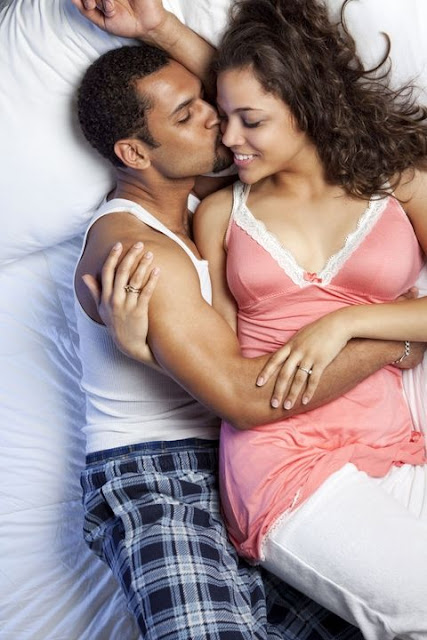 The number of calories that men burn off while having s*x with their partners has been revealed in this new piece.
A steamy s*x session isn’t just good fun, it’s also a form of exercise.
If you want a fun way to torch calories try taking a tumble between the sheets for an hour.
Men can burn 200 calories every 60 minutes they spend in the sack – which is the same amount as a yoga session.
Ladies burn less energy than men while lovemaking with the typical woman torching 138 calories an hour – similar to walking the dog.
A new study by Forza Supplements looked into the most popular ways to get fit and the calorie-burning effectiveness of 50 sports and activities.
It turns out boxing is the best way to beat the flab with a sparring session helping you to burn 800 calories per hour.
Boxing is the most effective activity for losing weight because it’s a super intense form of interval training and involves engaging multiple muscle groups.
The second most active sport is squash, which torches 748 calories per hour, thanks to long rallies and short breaks during the game.
The almost constant running builds muscular strength and endurance in the lower body while the lunges, twists and turns increase flexibility in the back and abs.
Rowing came third at 740 calories but only if you are doing it on a river or a lake – the calorie burn drops to 440 calories on a rowing machine at the gym.
Forza Supplements managing director Lee Smith said: “We just hope that these figures encourage more people to get active to combat our growing obesity crisis.
“Boxing is terrific for weight loss because it is the ultimate full body work-out with intense bursts of activity – just like the very best interval training.
“The figures show that any activity is better than lounging in front of the TV and, if you are going to do that, at least do it standing up and burn 20 calories an hour.”
“There are lots of fun ways to burn calories particularly when you are on holiday – snorkelling at the beach (274) burns more calories than badminton (240) or a round of golf (236).
He added: “S*x is a great way to burn off calories, particularly if you are a man because statistics show they expend 44% more energy than women during typical lovemaking.
“An hour of s*x for a man burns as many calories as an hour of yoga, but s ex for an hour for a woman is roughly the same calorie burn as walking the dog.”