LADIES!!! MUST KNOW IF YOU DO THIS 5 THINGS YOUR V@G!NA CAN SMELL BAD 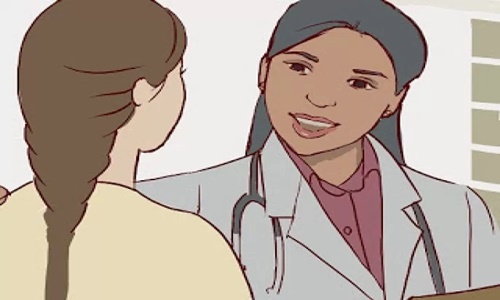 BACTERIAL VAGIN0SIS
Bacterial vagin0sis (BV) is the most common cause of vag!nal odor. Every v**ina is filled with naturally occurring bacteria, and BV is simply an overgrowth of those bacteria. Most women in their reproductive years will experience at least one case of BV. The cause is unknown, but unprotected s*x and frequent douching can put you at a higher risk. Other symptoms include itching, soreness and discharge. Some cases of BV will go away on their own, but Planned Parenthood recommends that all women with BV symptoms visit their doctor for treatment to prevent rare but serious complications. Treatment for BV is usually as simple as a course of antibiotics
YEAST INFECTION
A yeast infection is also very common (and very uncomfortable!). They present signs much like BV, with the addition of a thick, white discharge. Yeast infections do not require antibiotics and instead can be treated with one- or three-course vag!nal anti-fungal treatments. Treatment for yeast infections has become very simple and can even be purchased over-the-counter. Most of these treatments tend to get messy, so it’s better to use them overnight.
S£XU@LLY TRANSMITTED DISEASES
Some STD’s can cause feminine odor, the most common are chlamydia and gonorrhea. Both diseases are common and easy to treat, but can cause serious complications if they go untreated. Unfortunately, both are also often not quickly diagnosed because they may or may not produce symptoms. The most common symptoms of chlamydia and gonorrhea include painful urination and pus-like discharge, although an unpleasant odor is often present as well. See your doctor immediately if you are experiencing any of these symptoms and avoid risk by abstaining or using protection during s*x.
PELVIC INFLAMMATORY DISEASEPelvic Inflammatory Disease (PID) occurs when bacteria travel through the v**ina into the uterus. It is often a late-stage result of an STD not diagnosed, such as chlamydia. PID usually is not diagnosed until you experience chronic pain or have trouble getting pregnant because often,it does not present symptoms. If symptoms of PID are present, they may include pelvic pains, odor, heavy discharge, fever, fatigue, painful intercourse or painful urination. PID can be treated with antibiotics, though it may leave behind scar tissue that has lasting effects..
If you are experiencing any of these, the best bet is too see a medical doctor for proper treatment.