For the C0uples: Why 3pm is the Best T!me for Mak!ng L0ve - Experts Make New Revelations 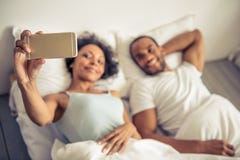 As human beings, hormones have huge implications on our s*x life, as well as the feelings we experience afterward. But then, these hormones fluctuate throughout the day, such that at some point, they peak, and at other times, they reduce in production.
The best time of day to make love is 3pm when most of us are at work, that’s apparently when men and women are most in tune with each other’s desires, Dailymail UK reports.
In the afternoon, women have high levels of the hormone cortisol, which helps alertness, and are at their most energetic. Around the same time, men have elevated levels of oestrogen, making them ‘more emotionally present’ during s*x.
Hormone expert Alisa Vitti, described 3pm as the ‘afternoon delight’, saying it was the perfect compromise for both s*xes’ satisfaction, with men giving women the ‘emotional support’ they crave while still getting plenty of enjoyment.

Miss Vitti, author of the hormone guide WomanCode, said that while men sleep, they produce testosterone, a key hormone in s*xual arousal and performance. Levels peak in the early to mid-morning, meaning this is the perfect time for a man to have s*x.

"Men are more interested in initiating s*x during this window and are more capable of a better s*xual response,"she added.
However, the late afternoon is another good time for men to have sex because, while their testosterone levels go down, their oestrogen levels rise.

"While this may not seem like a logical set-up for satisfaction, given the previous endorsement of testosterone, the combination actually makes men more emotionally present during s*x and better able to focus on (a woman’s) needs and satisfaction," said Miss Vitti, adding, "You can see why “afternoon delight” is a thing."
She also said the best time of the month to have s*x was during the ten days or so after ovulation, when ‘women experience a surge in oestrogen and testosterone that causes their desire to skyrocket’.
She added that at this point women ‘feel way more appreciative of receiving pleasure’.
However, she said: "The best time for women to get it on, no matter the phase, is midday to late afternoon.
"This is when cortisol is still abundant and energy is high. The trick to having a truly satisfying s*x life is for partners to figure out how to synchronise their libidos," said Miss Vitti, who calculated that the best compromise between the two s*xes is 3pm.
Unfortunately, being at work at this time of day is likely to prove a challenge for many couples. Previous research has shown that the human body produces a surge in s*x hormones and a rush of adrenaline first thing in the morning.
Because of this, s*x researchers have suggested that is the best time of day to procreate. "In men, testosterone levels peak around 7am, while you’ll both be fully rested, with heightened senses," said s*x therapist, Suzie Hayman, adding that women ‘tend to be more tactile and responsive’ while waking up.