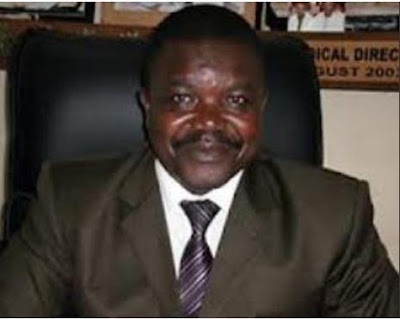 The Medical Director of the Brong Ahafo Region Hospital in Ghana, Dr. Jacob K. Abrebrese, has called the attention of women to warn them against the danger giving ‘Bl0wj0bs’ to their partners.
According to him, uncirc umcised pe nis carries bacteria, germs and viruses hence women who suck them are highly at risk.

He said also sucking uncirc umcised pe nis is as equally dangerous as sucking the female gen*ital.
Dr. Abrebrese made the medical revelation in an interview with Rainbow Radio, where he equally described oral se x as an unhealthy practice which should not be encouraged. He said oral se x is an indecent, uncivilized and an undisciplined act.
The doctor was responding to the World Health Organization’s report on the spread of untreatable ‘super gonorrhea’.
According to the report, the untreatable ‘super gonorrhea’ was spreading fast and on the rise because of unpr0tected oral se x.
The WHO warned that the se xually transmitted disease is infecting patients all over the world and that the infection is not treatable at the moment.
Both of the current antibi0tics used to treat gonorrhea ‘ceftriaxone and azithromycin’  are becoming increasingly ineffective against the new strain, the report said.
Commenting on the report, Dr. Abrebrese described it as serious and should be looked at seriously.