7 Telltale Signs He Has Lost Interest In The Relationship 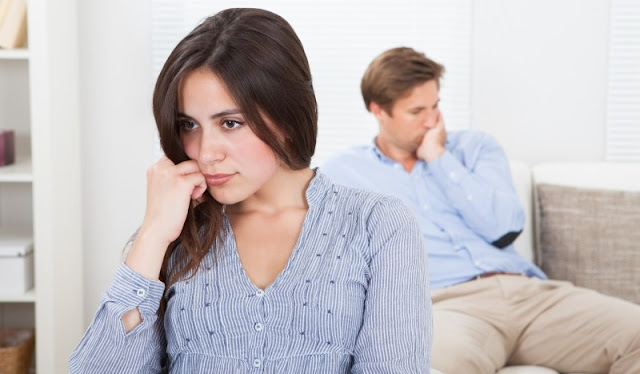 Gone were those days when relationships are ended by one partner calling it quit with his/her partner either face to face or through text messages but these days silent withdrawal is what people do, they don’t call it quit but withdrawn silently from their partners leaving their partners in the dark about the relationship.
Today, I have put together 7 ways to know that you are no longer in a guy’s life and he has totally withdrawn from you.
He becomes too busy: “When a guy loves you and he is into you, no amount of workload can prevent him from having quality time with you; except he doesn’t reside in the same town as you but when a guy becomes too busy to share quality time with you, just know that it could be possible that you have expired in his life, it means you need to re-evaluate your stand, babes”.
He hardly call like he used to: “When a guy doesn’t call you as he used to, you have probably expired in his life, the fact is that his precious air time has been re-directed to another person who his heart desires, you need to dust yourself and move on even though it might be painful”.
He wouldn’t allow you to meet his family members as promised: “If he has promised to take you to his parents and other family members previously but now unwilling to do that, it is a very clear sign that you have expired in his life, he must have switched gears and changed plans and the truth is that he doesn’t consider you worthy to be introduced as a wife-to-be”.

He becomes less generous with his money: “No reasonable guy wants to continue investing in the life of someone he doesn’t want to share the future with, guys normally think it is a waste of resources taking care of the needs of a lady who they are not into so if he has been generous with his cash but now, you can’t even get a torn 100 naira note from him, even when you can clearly see that he’s financially stable, you should start buckling your shoes to leave”.
He always avoids meeting you: “When a guy starts avoiding you, you might have expired, whenever you say you are coming over, there’s always one excuse you would get why you won’t meet him at home and if you ask him to come over to your place, that’s when he becomes too busy or ‘not in town”.
He doesn’t mind taking calls from random girls in your presence: “Haven’t you read the hand-writing on the wall? Has he been like this in the past? He’s indirectly telling you that your feeling or opinion doesn’t matter anymore”.
He doesn’t take you out anymore: “He doesn’t do that because he doesn’t want people to see the both of you together, The more they see both of you together, the more it seems like everything is working”.