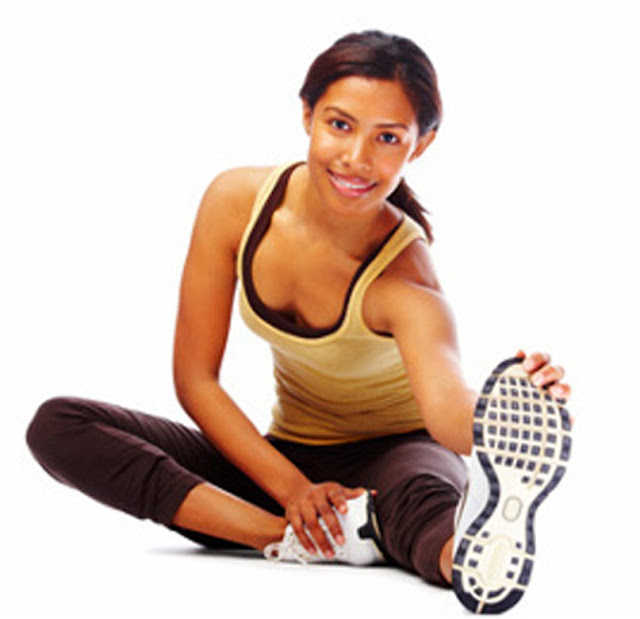 Arguably, the bre@st seems to be one part of a woman’s body that means different things to different people, and that could be the reason why women pay so much attention to it.

Beyond the fact that it is the source of food for a newborn baby, men see it as more of s*x organ that makes s*x more pleasurable, and for women, apart from its being important for breastfeeding after childbirth and being a body part that enhances their outlook, it is one of the routes to s*xual satisfaction, as findings have shown that fondling the bre@sts is one of the quickest ways for women to reach or!gasm.
Such is the importance of the bre!ast, or b00b as some prefer to call it, to all concerned.
Meanwhile, it has also been found that the firmness or otherwise of those two soft, protruding organs influence women’s self esteem, and they also impact on how attractive they are to men.
For most men, the bigger the better, and the more firm the br!easts are the better, which make women to do all they can to make them look firm, including using all kinds of bras.
It should be noted that the br!easts tend to sag with age and after childbirth and or breastfeeding. But be that as it may, there are some human activities that could increase the likelihood of sagging.
So, given the much importance men and women attach to the firmness of a woman’s br!easts, it seems helpful for women to know how best the br!easts should be treated to avoid sagging (quickly).
1. Mismanaged breastfeeding: It is largely assumed that a woman’s br!easts tend to sag after pr!egnancy and breastfeeding, and this is entirely understandable because of the release of some hormones and the secretion of milk which could increase the size of the br!easts. In fact, some people assume that with the way the baby draws the n!ipples in the process of suck ling the mother’s br!easts, the br!easts would lose firmness and end up being droopy afterwards.
But those assumptions may not be true. According to a gynaecologist, Dr. Bolanle Shukra-Okesina, women can retain the firmness of their br!easts even after breastfeeding, depending on how the woman manages the br!easts during and after the period.
She said, “Breastfeeding per se does not make the br!easts to sag. If the woman uses the appropriate bra size and she takes enough of fluid, especially water, when breastfeeding, the br!easts will not sag, even after breastfeeding.
Also, during pr!egnancy, the woman is expected to change the size of her bra as the br!easts increase in size. She is supposed to use the appropriate size at every stage because the br!easts need to be supported by a firm bra.
“When the milk stops after breastfeeding, the br!easts would on their own go back to their normal size. So, if the woman does the right thing, the br!easts have no reason to sag.
2. Crash diet – This factor particularly applies to women who are watching their weight and are doing everything to lose some weight, especially people who are obese, because according to Shukra-Okesina, losing weight could make the br!easts to sag.
She said in the process of losing weight, a br!east would also give up its fat and some ligaments and if the diet is deficient of fat and some calcium-building elements, it would eventually sag. “If a woman who is watching her diet is not taking balanced diet, perhaps to lose some fat, it can make the br!east to sag,” she explained.
Furthermore, a br!east surgeon and president of the American Society for Aesthetic Plastic Surgery, Michael Edwards, in his piece on Women’sHealth, said, “Each time a woman gains and loses weight, br!east tissue becomes slack.”
He also believes that excessive exposure to the ultraviolet rays from the sun could take its toll on the br!easts by stretching out the connective tissues and damaging the skin.
3. Wrong bra size: One other factor that has been found to influence the firmness or otherwise of the br!easts is whether women use the bra that is appropriate for their br!east size.
According to the gynaecologist, the br!easts would likely sag if women with (relatively) big br!easts do not use the size of bra that can lift the br!easts and keep them in position.
And for women who wear the kind of bras that make the br!easts to shake, perhaps to appear buxom, Edwards warned that the more the br!easts bounce around, the more the skin of the br!easts and collagen would be stressed, eventually leading to sagging. Thus, women should wear bras that keep the br!easts intact and in shape.
4. Smoking: This act has been found to have serious adverse effects on the human system, especially the functionality or efficiency of some internal organs, but not many would know when women smoke, it tends to have some effects on their br!easts.
Edwards had this to say, “Any amount of smoking weakens and ages skin by decreasing the blood supply to the skin surface, and the br!easts are not spared in this.” And according to a consultant endocrinologist, Dr. Olamoyegun Michael, smoking weakens the ligaments that hold the br!easts, which could ultimately lead to sagging.
5. Wrong exercise: No doubt, exercise is good for the body, and people across all age groups are advised to engage in it.
In fact, there are exercises that help to make the br!easts firm, including push-ups and lifting dumbbells. But it has been found that some exercises are inimical to the firmness of the br!easts, especially running.
Findings show that when a woman is running and she is not wearing the appropriate bra, like a fitted sports bra, the br!easts would naturally be moving up and down, which can lead to the breakdown of the connecting tissues, leading to sagging eventually.

For those who are able to, findings have also shown that weight lifting also helps to make the br!easts firm as it strengthens the muscles underlying the br!easts. So, if you have the capacity, try it.
There are myths surrounding br!easts sagging, and among them are excessive svckling or fondling and abstinence from bra.
But according to Olamoyegun, svckling the br!easts or fondling them does not lead to sagging.
In effect, doing the needful while br!eastfeeding, eating balanced diet and in reasonable quantity, avoiding too much exposure to sunlight, abstinence from smoking and doing the right exercises could reduce the likelihood of sagging.
Why most women have different br!easts sizes
It could sound strange to some people, especially men, that a woman’s two br!easts, and in fact, most women’s br!easts are different in sizes.
This is more so for men because some do not pay attention to it inasmuch as it doesn’t affect their activities in any way. But, no doubt, it is a major concern for some women who have noticed it.
Even though it is not applicable to all women, most women have different sizes of br!easts. It is called asymmetry, and people wonder what could be the cause.
When asked, Dr. Olamoyegun, a consultant endocrinologist, said there is nothing abnormal if a woman has different br!easts sizes. Thus, there is nothing to worry about.
He said, “It is normal and it is not a symptom of any ailment. It is not all women, but most of them. It may not be very conspicuous but  a woman would notice if the sizes of her br!easts differ.”
According to Prof. Arpana Naik, a surgeon at Oregon Health and Science University Portland, Oregon, more than half of all women have (slightly) different sizes of br!easts.
She said, “No one really knows what causes br!easts to develop differently from one another, but possible contributors include hormonal changes or traumatic injuries.
For instance, one report in the medical literature describes two cases of br!east asymmetry that developed as the result of injuries the girls received to their “br!east bud” area during gymnastics when they were 10 and 11.
“Generally, however, slight differences in a woman’s br!easts are of no concern. If the differences are greater than one bra cup, size, however, they may cause some psychological distress, particularly during adolescence, when a young woman’s body and psyche are already changing so rapidly.
“However, sudden or recent differences in br!east size due to underlying br!east masses should be evaluated by a br!east surgeon.”
She also advised that women should always go for br!easts examination, whether they have the same br!easts size or not.
For those who are not comfortable with the different sizes, she had this to say, “In the rare instance that the asymmetry causes such distress that your doctor recommends surgery, talk to the surgeon about br!east reduction, rather than implants.

“Studies find that women with asymmetry who undergo reduction are generally more satisfied than those who have implants.”